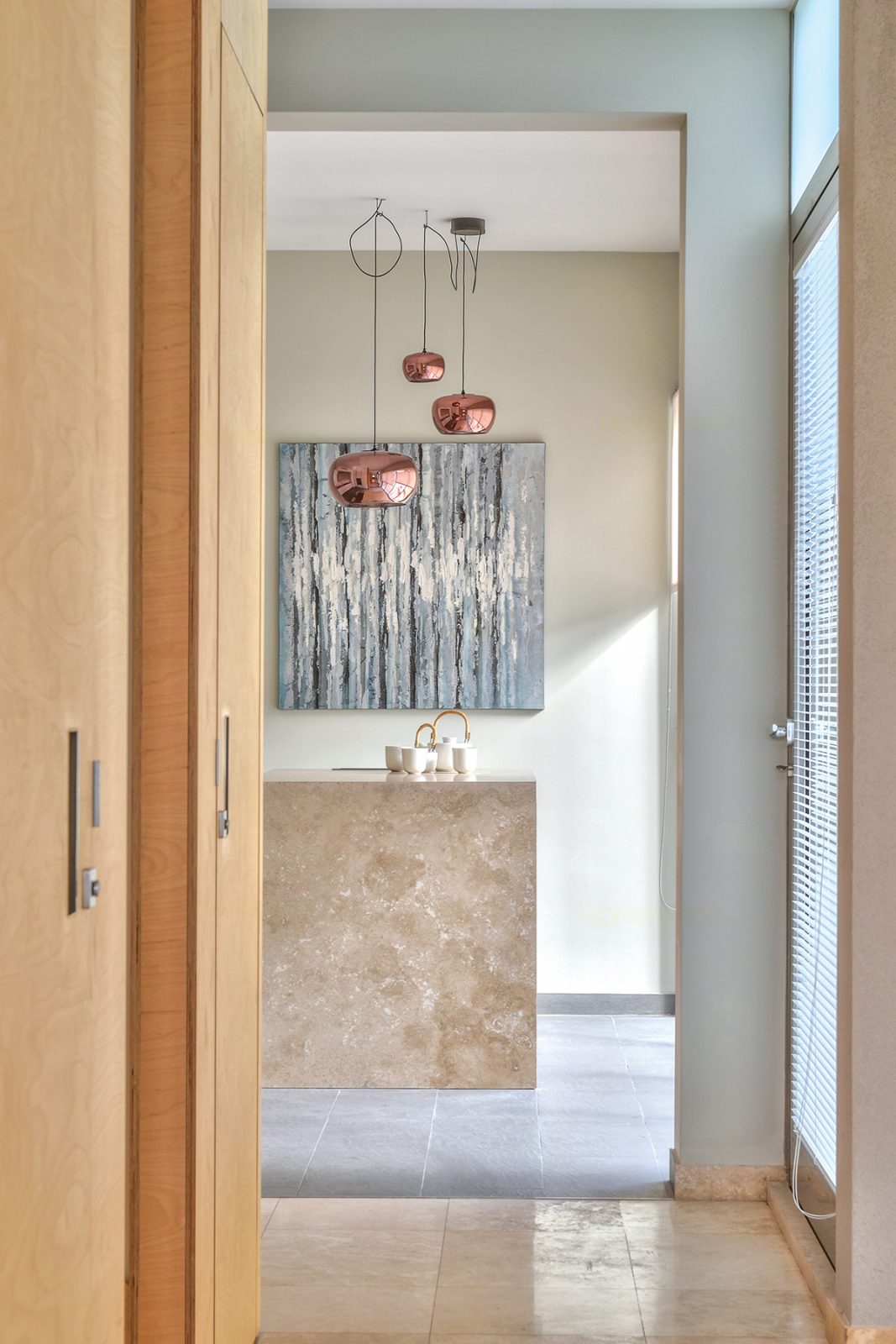 Originally designed in 2006 but only recently built and finished, this project consists of two adjacent detached houses located in the suburban neighbourhood of Kappara. The development had an unusual configuration, with a short depth and a long façade fronting the public road.
The architect’s response was to create two L-shaped back-to-back buildings on two floors and a semi-basement underneath. While similar in their general layout the two houses are not identical as each unit responds in a different manner to the surrounding environment.’
The L-shape layout allows each house to wrap around a carefully designed outdoor area that enlivens the internal spaces with ample natural light and pleasant outward vistas. At ground floor level, large glass openings all around, allow the easy interaction between the internal and external spaces; a desirable scheme for a Mediterranean climate.
Upstairs the main rooms are generously provided with partially screened and shaded terraces for a quiet relaxing space of one’s own. The south facing main façades of the houses are dominated by two large cantilevered balconies at first floor level that are partially screened by a series of vertical wooden slats. These two extended forms are strategically placed over the openings at ground floor level to protect the interiors from the harsh summer sun.
In both houses the outdoor areas are abstractly divided into three zones; a swimming pool clearly contained within a slightly raised cubic structure, a wooden deck that is given a three-dimensional quality by the continuation of the same decking to form the railing, and a landscaped area of carefully placed planters over a bed of slate green pebbles.
The three-dimensional aspect of the design is evident throughout the whole project, from the bold exterior architectural forms to minor interior elements. In this way a varying sculptural experience of form and texture is created as one moves around the buildings. This experience is enhanced by the extension of the rough external plastering to some of the internal walls to generate a seamless continuation of form and substance from the outside to the inside.
Another critical aspect of these houses is the concentration of design solutions to specific areas to stimulate an interaction between the senses and the building. For example, a low-level opening in the dining area focuses the eye to the external landscaped side garden of one of the houses. Similarly, the long corridor like space between two blocks is turned into a small sculpture gallery.
The range of materials used is also particularly chosen and controlled. Internally the yellow sheen of birch plywood is combined with green translucent glass, grey tiles, travertine and walnut parquet floors. This simple materiality with a colour scheme of varying tones of grey creates a minimalist palette around which daily living becomes a refuge from the visual chaos of modern urban life.

At ground floor level all rooms open up on the pivotal pool area through large sliding glazed apertures. This allows an easy informal interaction between the internal and external spaces.

The entrance hall features a metal and birch plywood staircase in a light elegant design that enlivens the central part of the dwelling. The walkway that compliments the staircase animates further the space through the use of glass floor slabs.

The entrance hall of one of the houses features a metal and birch plywood staircase in a light elegant design that enlivens the central part of the dwelling. The walkway that compliments the staircase animates further the space through the use of glass floor slabs.

The range of colours and material s chosen is purposely limited and controlled to create a calm harmonious environment. Around this minimalist palette daily living becomes a refuge from the visual chaos of modern urban life.

The external staircase connects the first floor to the pool area. The handrail is carefully designed to reflect the three dimensional forms and shapes of the architecture.

Externally the simple arrangement of cubic forms and materials recall traditional Maltese architecture. Each element is immediately recognisable and clearly articulated to form a sculptural whole. 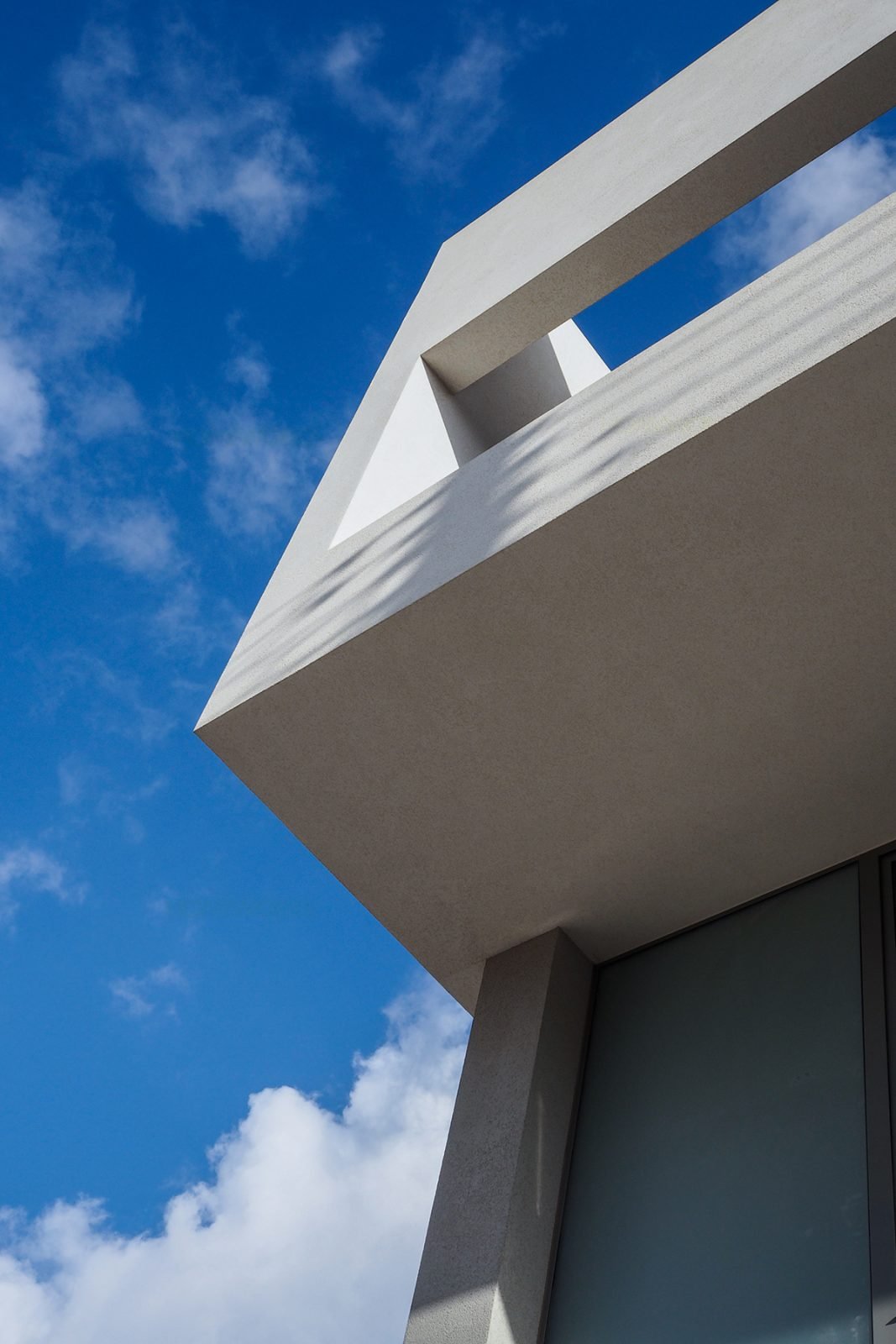 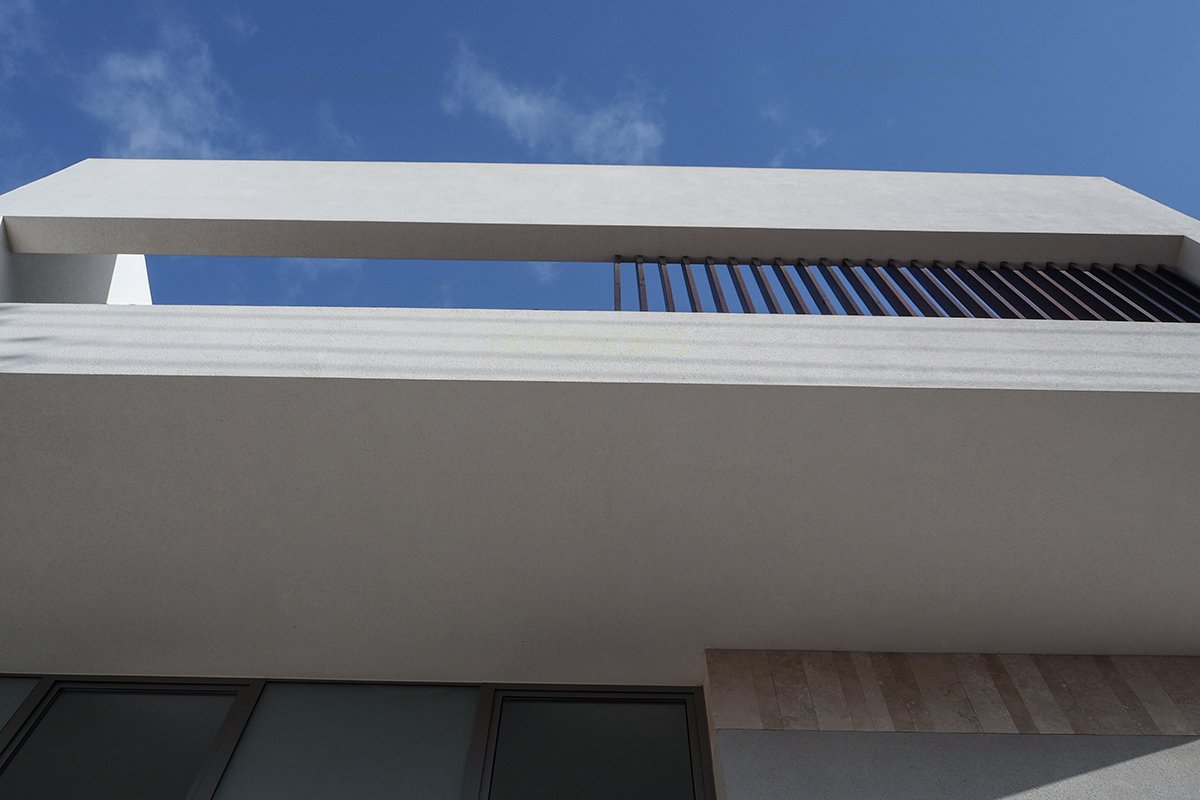 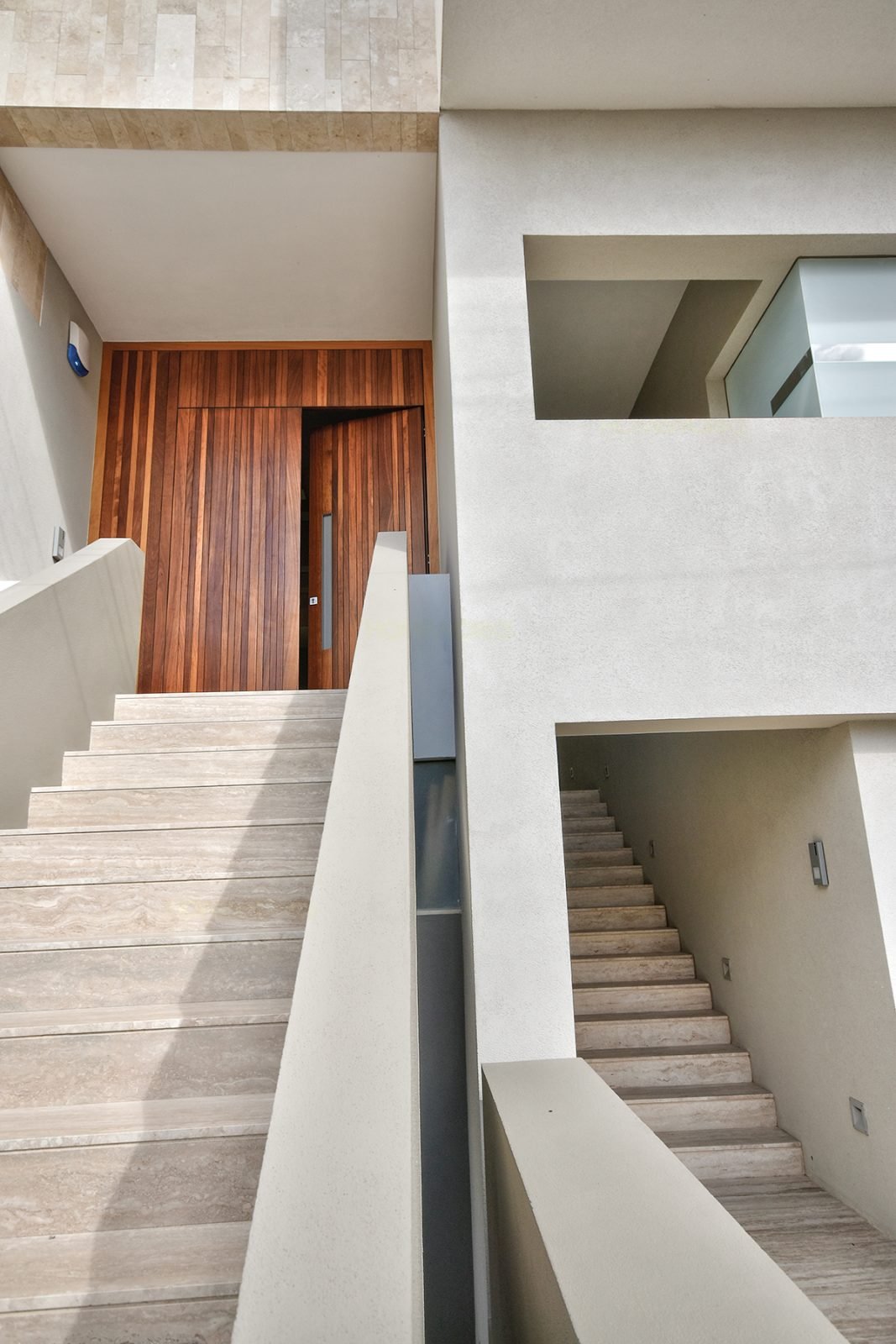 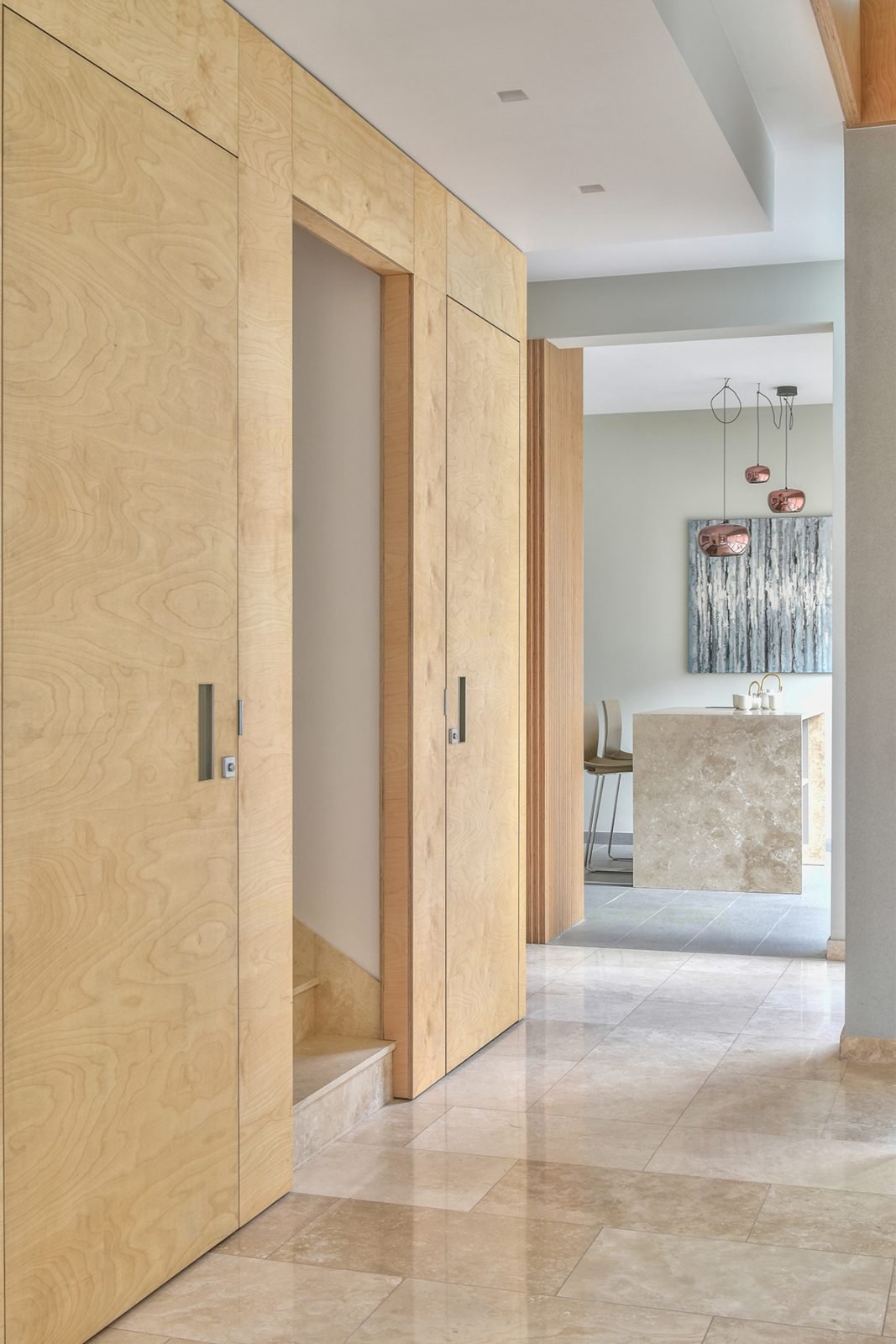 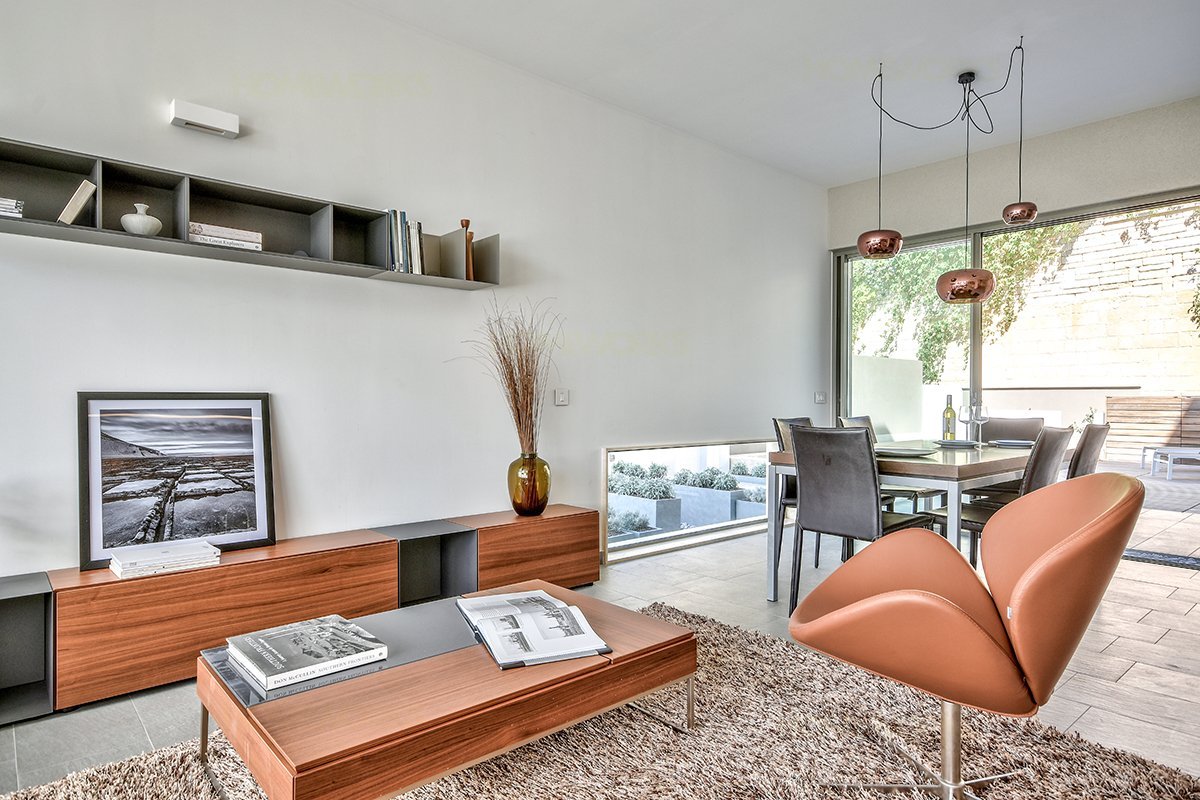 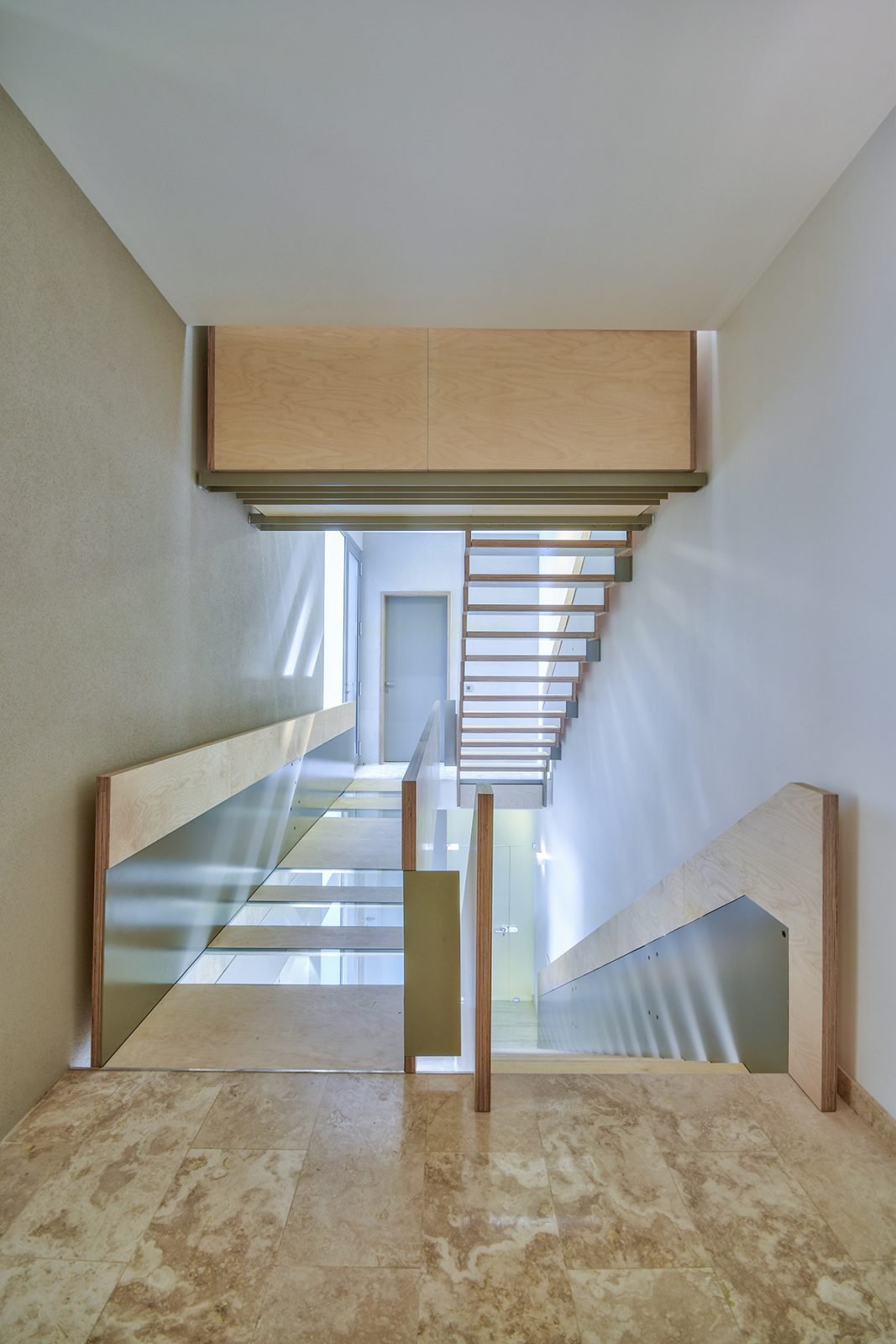 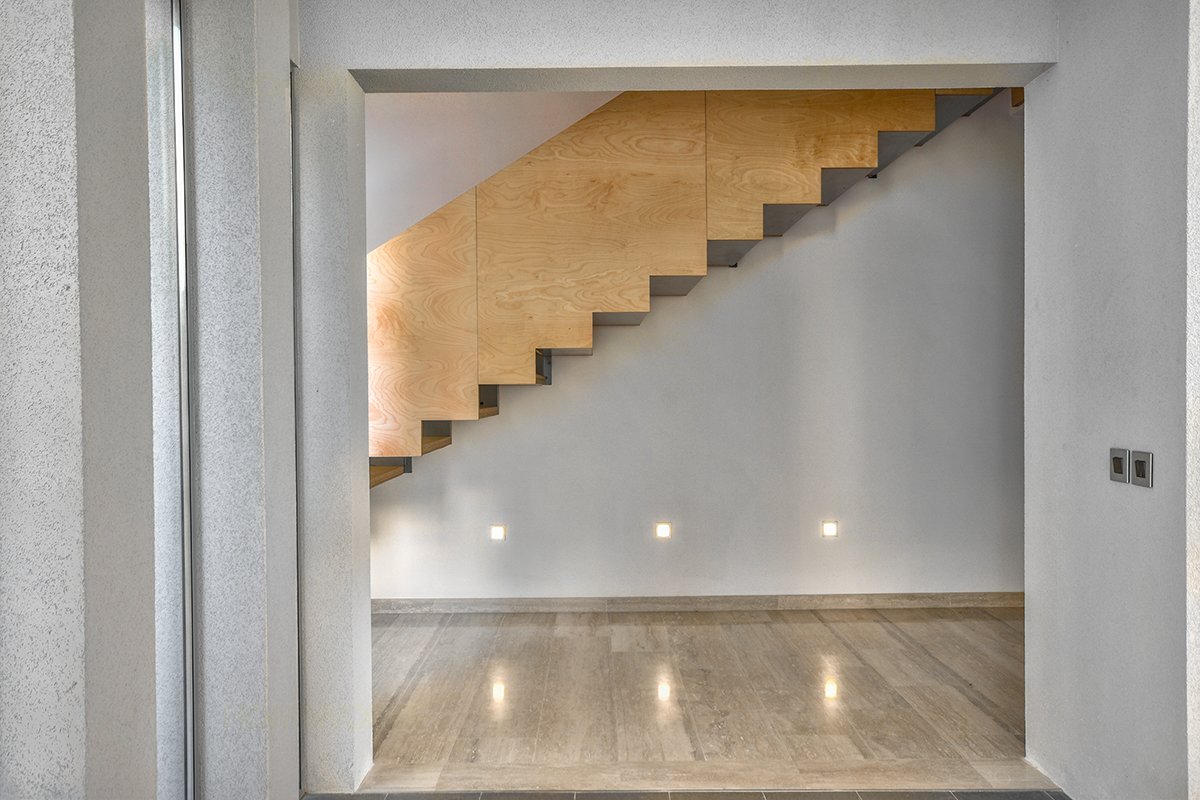 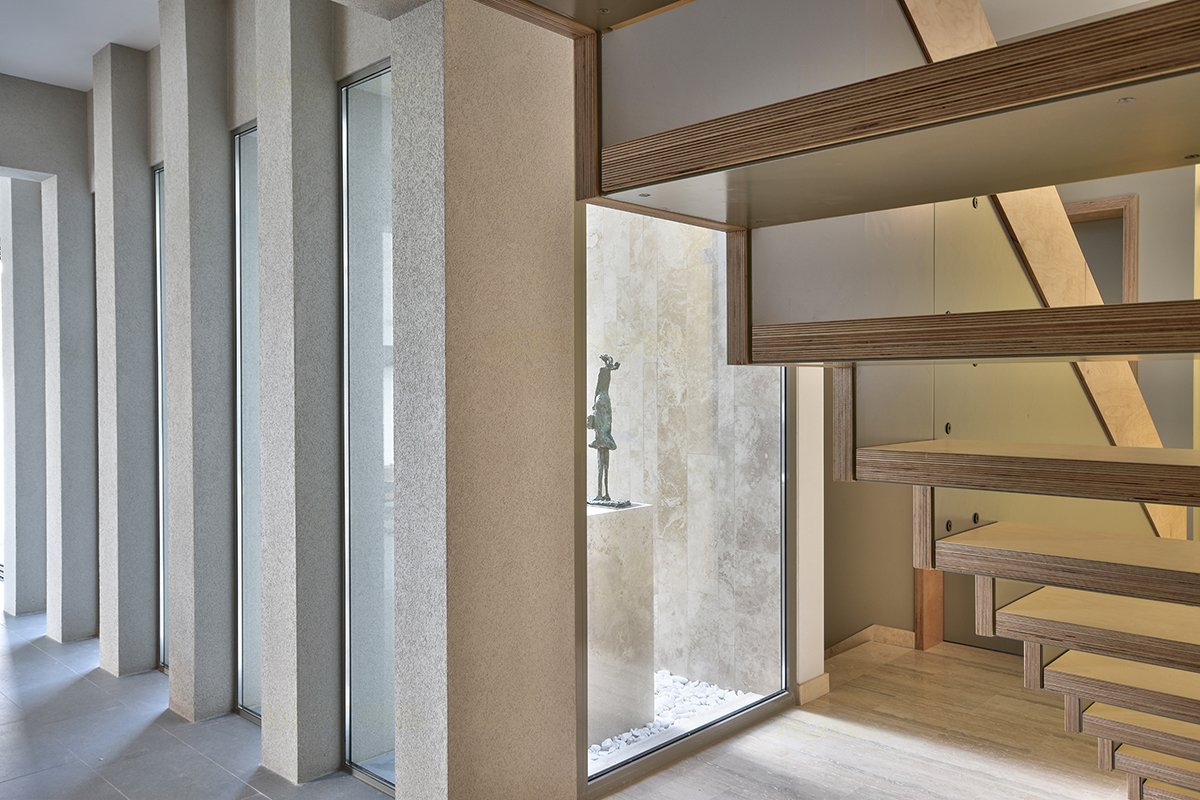 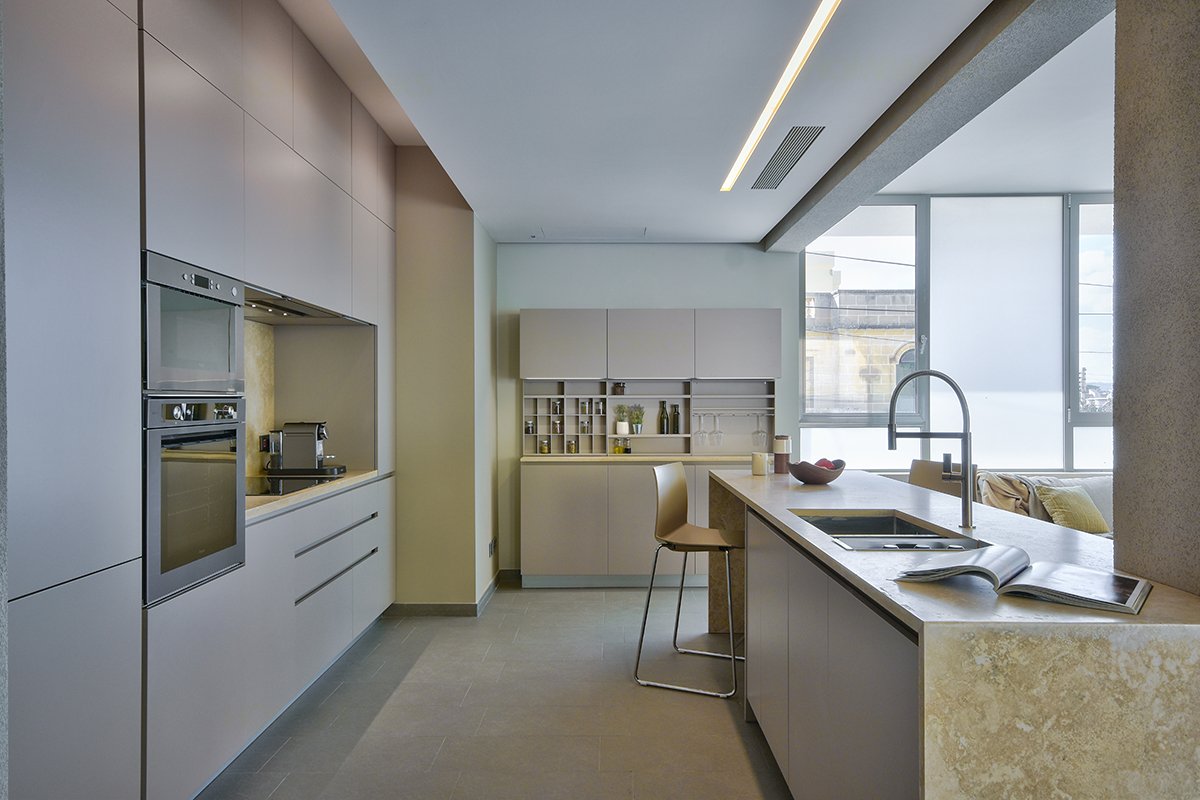 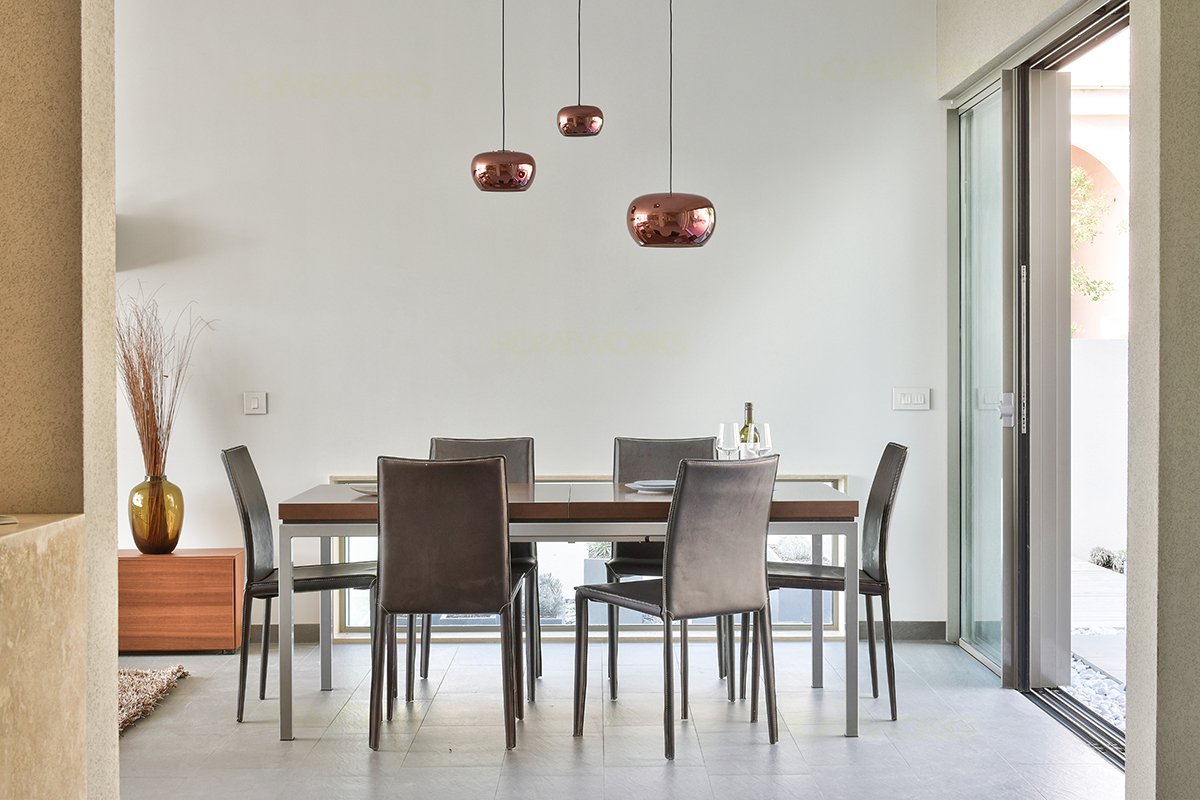 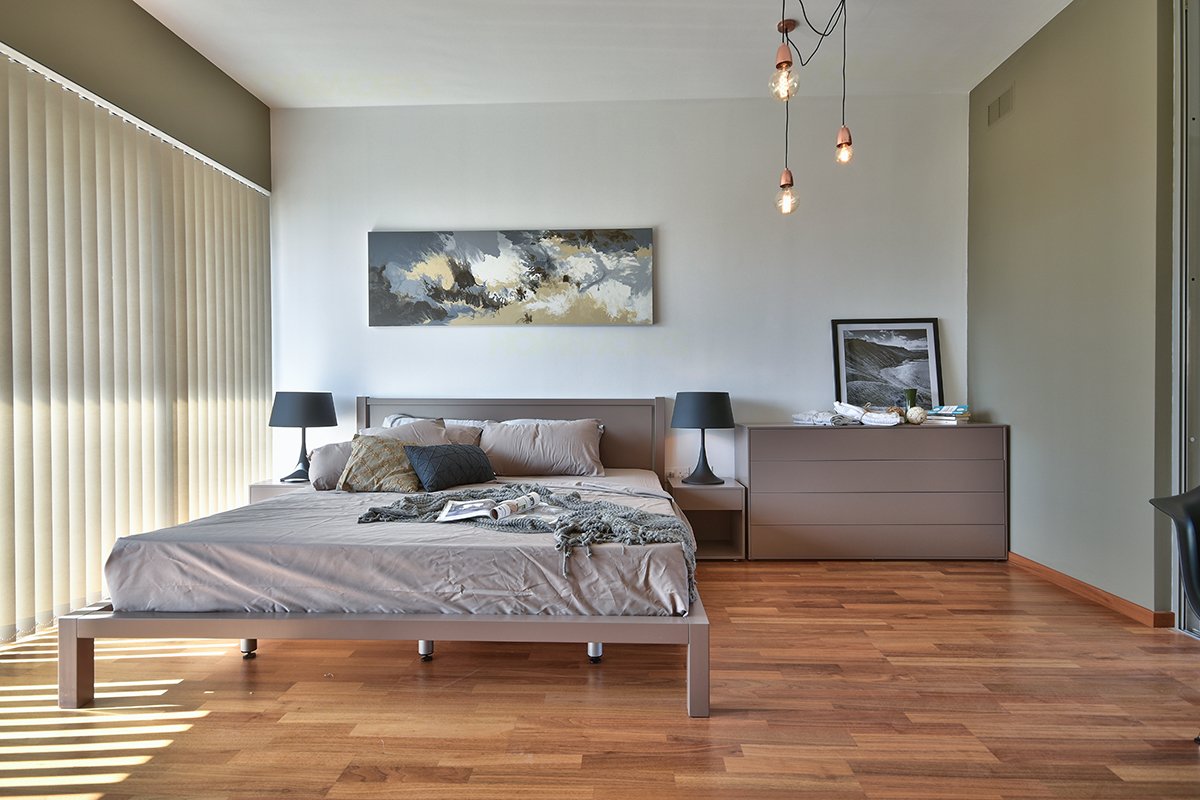 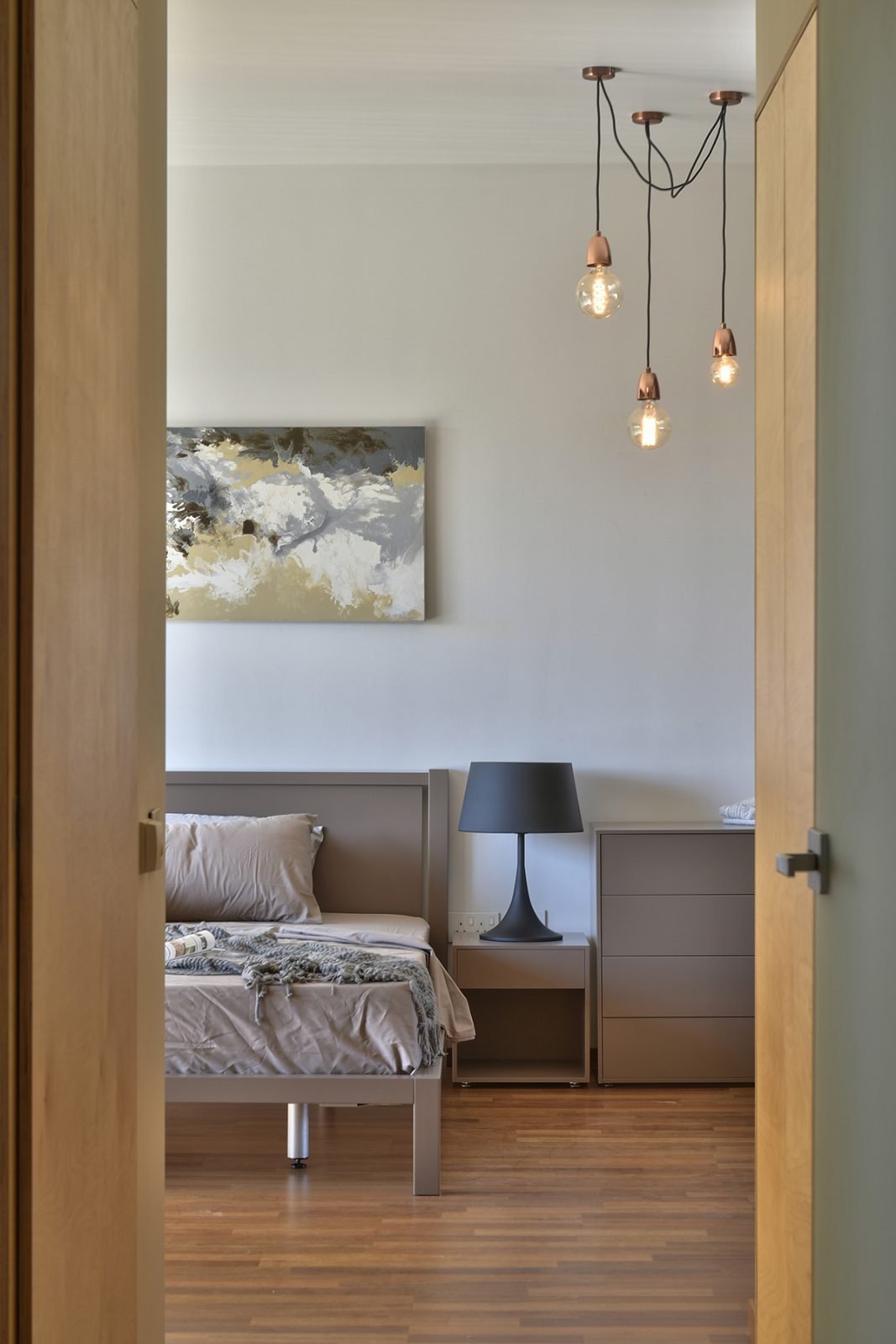 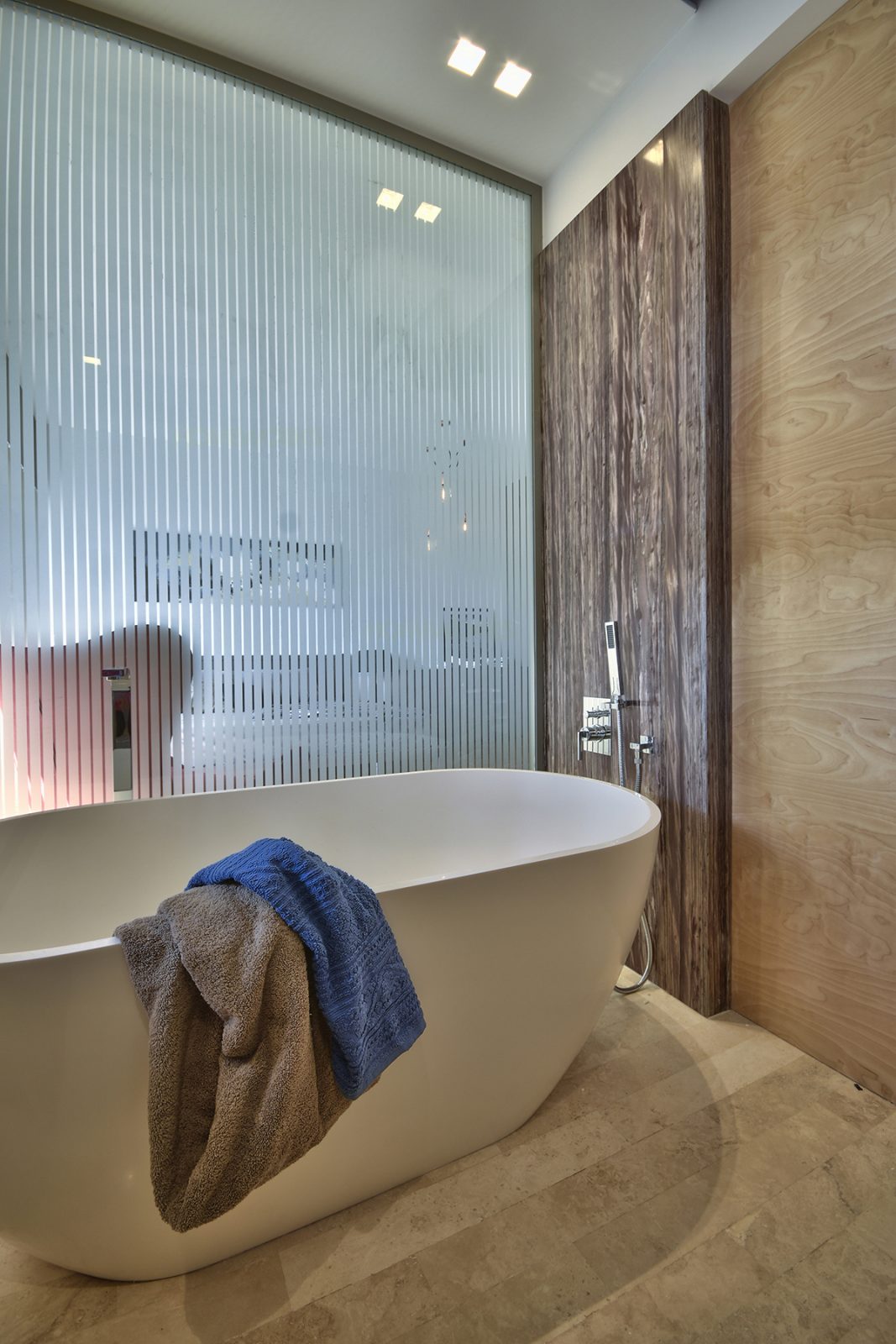 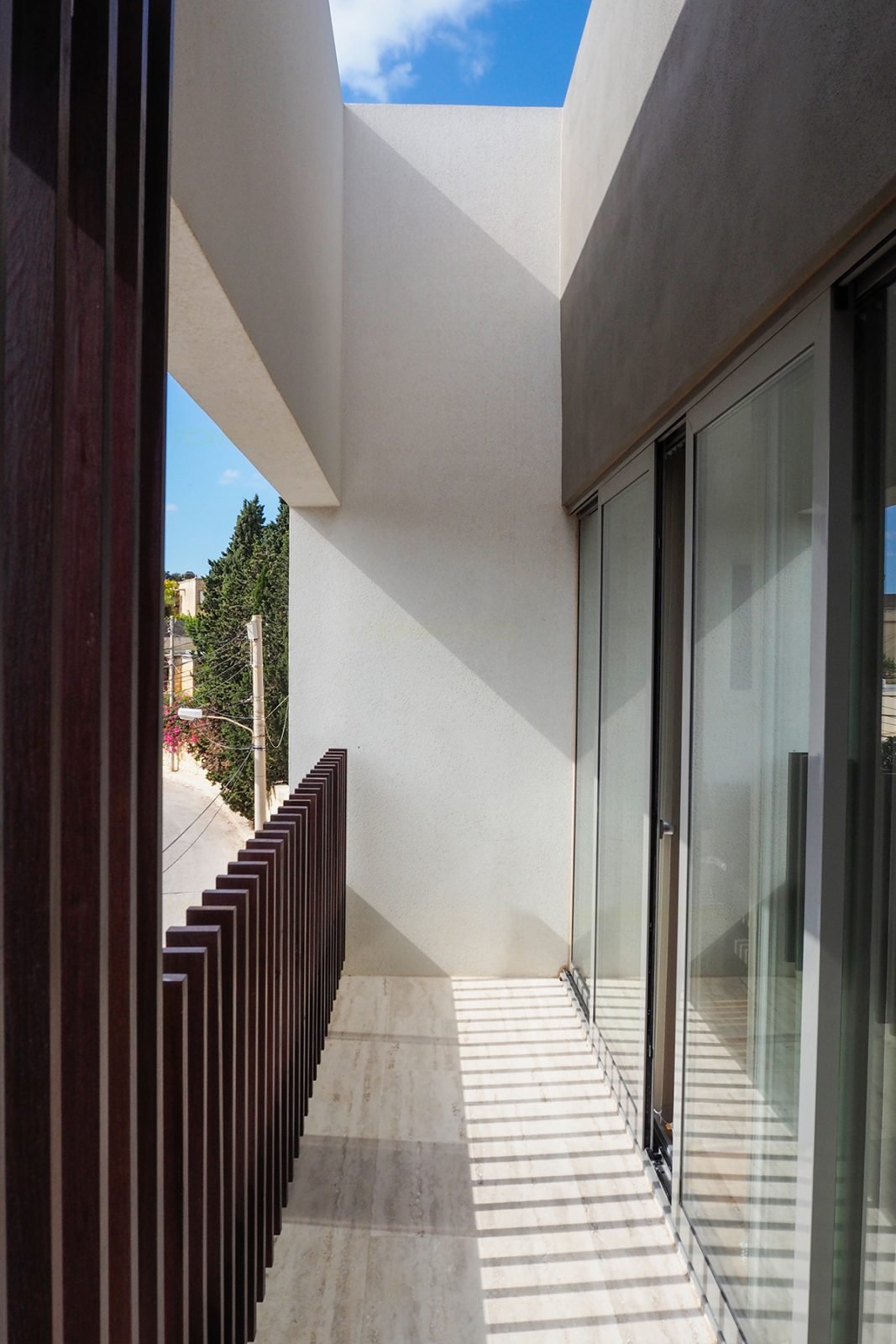 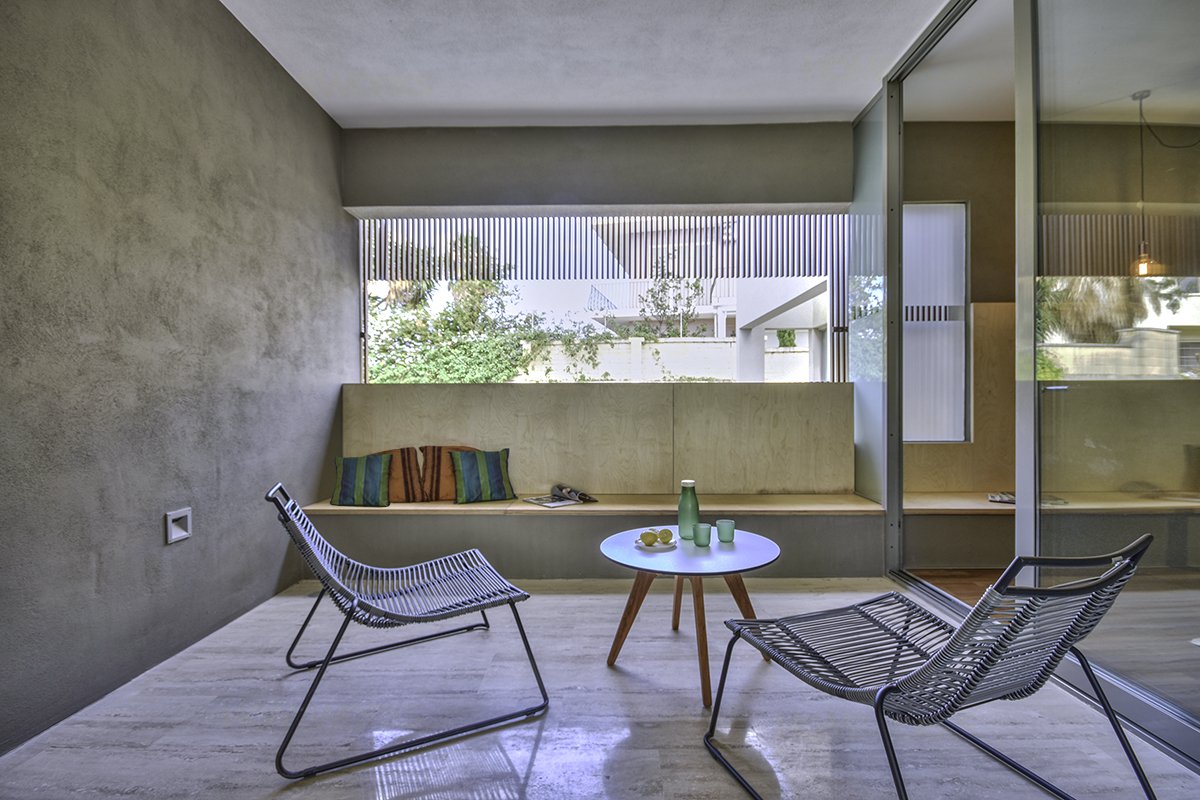 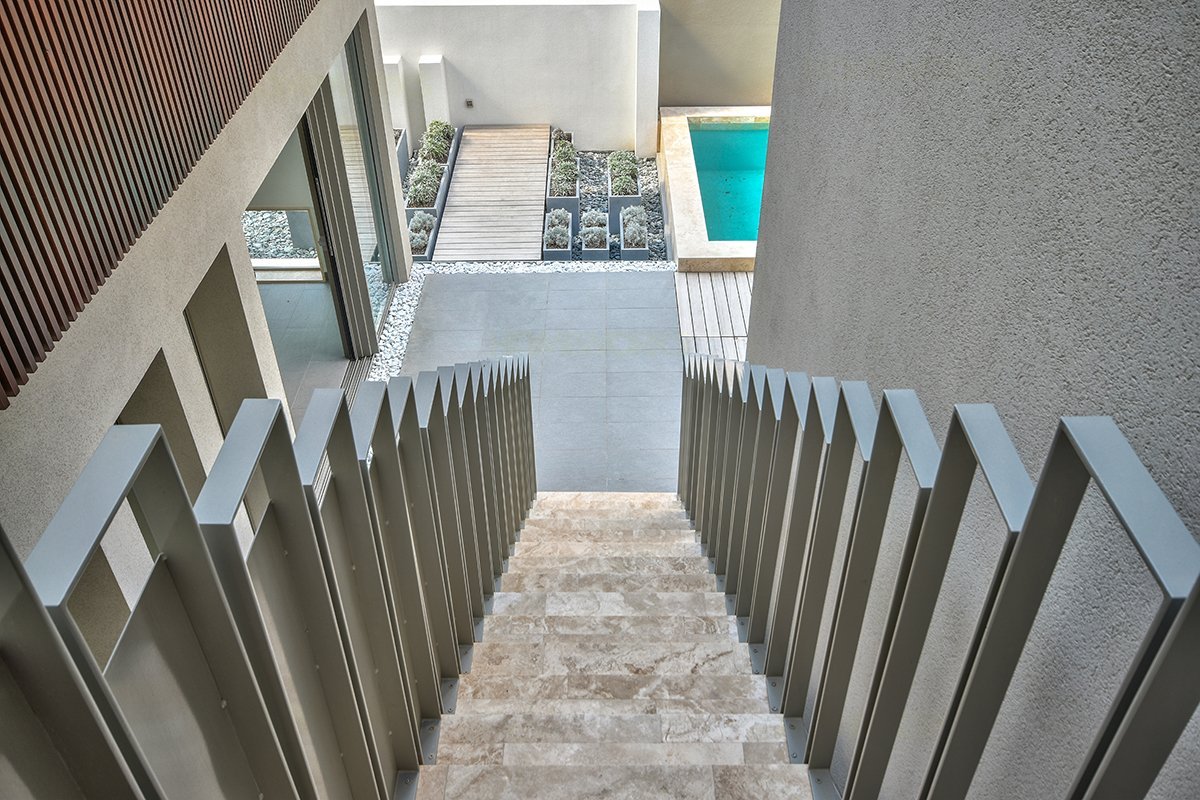 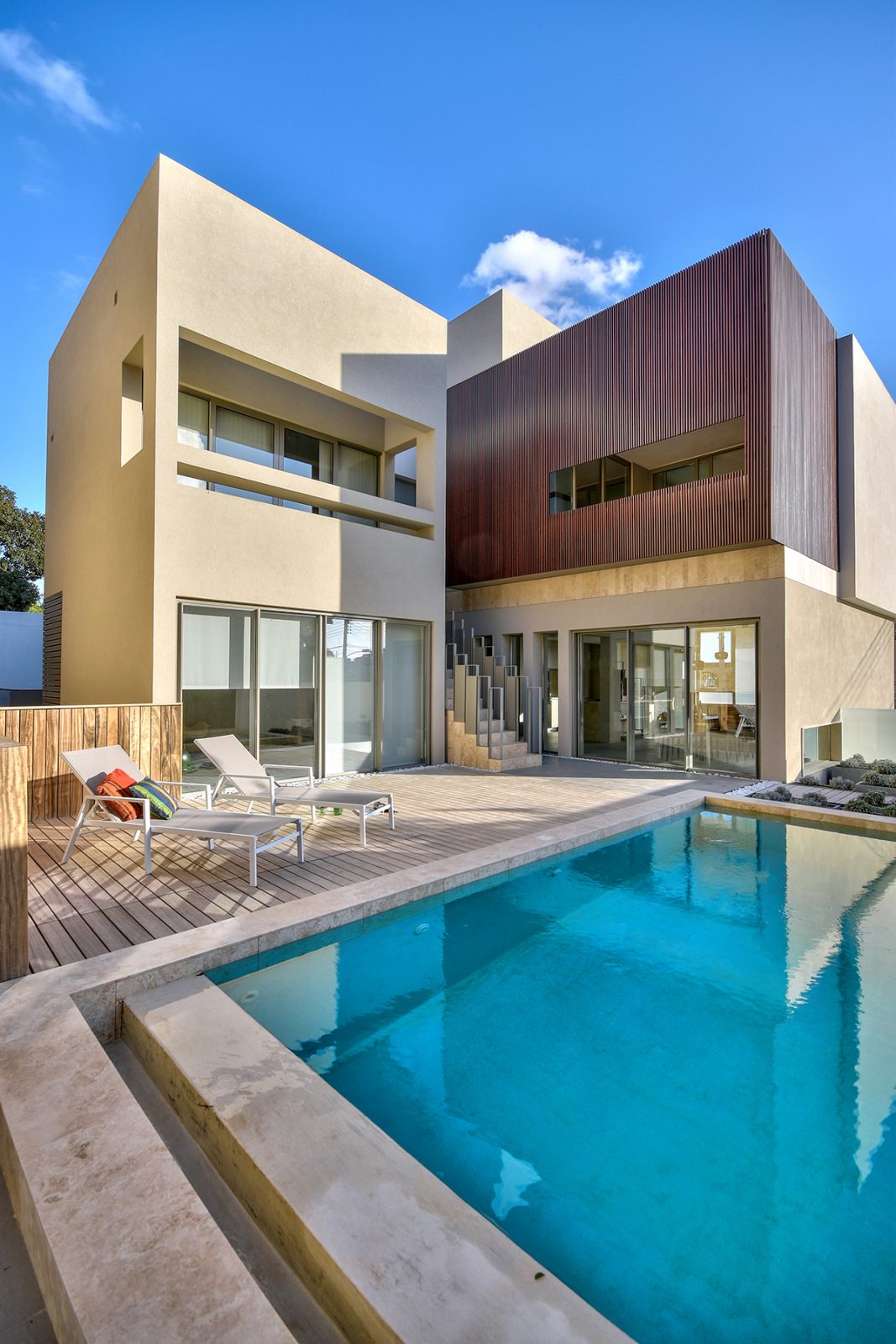 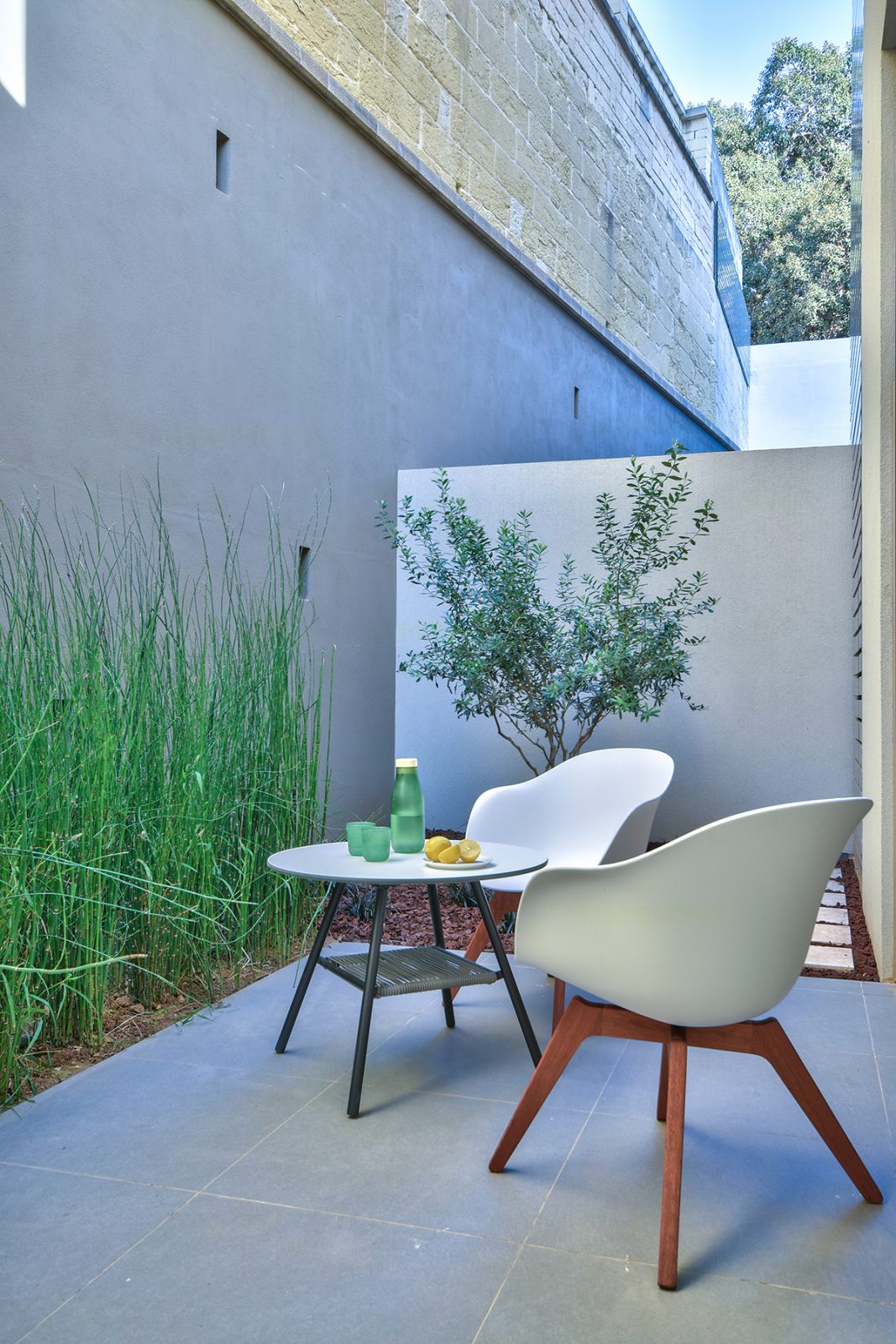